All petitions have been delivered to VY’s corporate headquarters in VT and we’ve finally got their attention. Entergy has four law firms and a pile of lawyers trying to throw out CRWC studies that debunk their case for thermal pollution of the Connecticut River.

CRWC’s four expert reports conclude that Entergy’s case is “significantly flawed” and relies on outdated science. The reports have been presented to all the decision makers in Vermont, including the Governor, and present a damning case for Entergy.

These reports are top notch. So much so that even the State of VT is using these reports in their own filings to the Vermont utility regulators who will decide later this year whether Entergy should get a new license to operate.

Thanks to the terrific legal support provided by the Vermont Natural Resources Council & VT Law School the fight’s not over yet, but it’s not a fair fight given Entergy’s deep pockets.
Make Your Voice Heard

Your support keeps CRWC in this fight, representing you and the River. Over the last year the Council – thanks to your support and that of members & friends – has put together a technically rigorous take-down of Entergy’s case. Legal & consultant fees, however, continue to accumulate. Your support is needed now more than ever.

Make a donation today to keep the pressure on Entergy and tell them that we won’t back down when it comes to protecting the Connecticut River.
Get Involved
Submit formal comments to the Vermont Public Service Board.
Read the four expert reports, testimony in support of these reports and more on CRWC’s website.
You can see all the filings in this case on the Vermont Public Service Board electronic docket.
Hearings in Montpelier, the next step in this process, are tentatively set for the weeks of February 11th & 18th. Stay tuned for more updates. As always, contact us with any questions or concerns.

Decision Linked to Emphasis on Ecology and Sustainable Agriculture

Craftsbury Common, VT—Sterling College has announced that it is proud to be the first college in Vermont, and the third college in the United States, that will soon divest its endowment from the two hundred fossil fuel companies identified by 350.org in its effort to move higher education toward fossil free investment. The Board of Trustees voted unanimously at its February 2, 2013 meeting to instruct the investment team to take this action and to move swiftly to divest.
Bill McKibben, Sterling College honorary alumnus and the founder of 350.org, one of the organizations leading a nationwide campus divestment campaign, said of the college’s move, “Sterling College has always been a leader in sustainability and environmentalism. I am thrilled that Sterling has decided that divestment is an important tool for reversing climate change.”
Sterling College is committed to environmental stewardship. Everything about what it teaches, and how it teaches, is geared to building a world that works. In taking this important action, the College and its Board of Trustees is affirming its commitment to its mission to educate problem solvers.
President Matthew Derr said, “Sterling College is an incubator for those who care about Vermont, care about the natural world in which we all live, and who want to promote healthy and just food systems, and as such, it makes no sense for us to invest in companies that are wreaking havoc on our climate.”
Rian Fried, trustee, said, “With this action, not only will the social return of the portfolio increase, the safety of the long-term financial returns will also be significantly enhanced by shielding the College from direct exposure to companies whose production levels are unsustainable.”
President Derr continued, “Our legacy and our focus on food, water, health, energy, and governance through conservation, education, and sustainable agricultural practices absolutely compels us to take this action. We hope that we inspire other colleges and universities to take this important next step toward divestment in fossil fuels because higher education is an important bully pulpit, and we need to focus the nation’s attention on this critical issue for future generations of our students 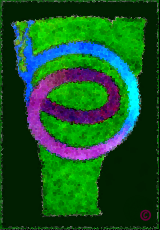